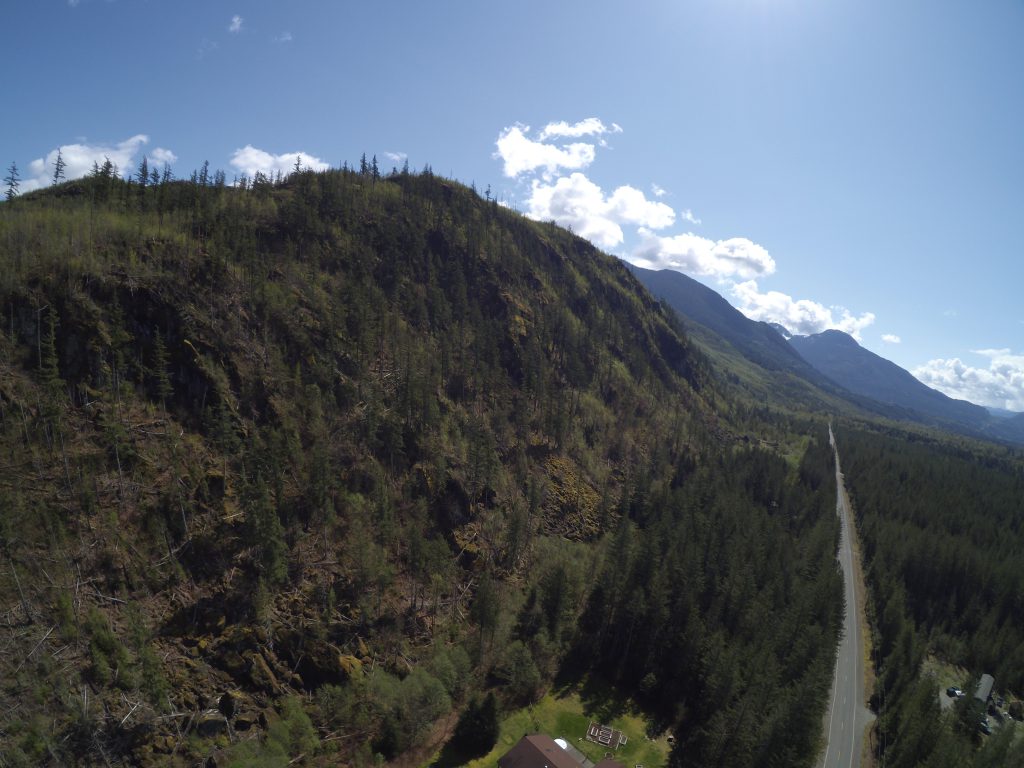 Here is the text of a letter Andrea L. Weiser wrote to Skagit County on May 10, 2019. It discusses the existence of Shuksan greenschist rock at Bear Mountain, the location of a proposed blast oriented quarry mine near Marblemount, Washington. This type of rock contains actinolite which is a crystalline form of asbestos. Blasting and moving rock there will free the asbestos to become a serious health hazard.

A mining operation in asbestos-bearing rock upslope from residential homes and wells and along a bus route should not be permitted now or in the future.

I’m writing to share information I believe is critical to consider as you decide whether to deny permits, approve permits, or delay a decision by requiring an Environmental Impact Statement (EIS) for the Marblemount quarry proposed by Kiewit (i.e. PL19-0032, PL19-0033, PL19-0046 and BP 19-0070). In my last letter to you, I mentioned that the rock type for this site is Shuksan greenschist and that it contains actinolite which is a crystalline form of asbestos. As it remains in its natural state in the mountain it poses little to no risk, but blasting and moving rock frees this asbestos to become airborne as dust. Quarry development and even initial road building activities could pose serious health and environmental problems immediately and over the long term. Spread of asbestos as dust or as a liquid if it becomes waterborne could reach long distances through a variety of vectors from the site. This would not align with Special Use Criteria G – i.e. “the proposed use is not in conflict with the health and safety of the community.” Skagit County identifies naturally occurring asbestos as a geologic hazard.

Some might say it’s too early to be concerned about health hazards for a project that is not even permitted yet. I disagree. I think it’s exactly the right time to consider whether this type of development should be acceptable at all due to the risk it poses to human life and health, animal and fish life and health, and larger far reaching environmental trickle down effects. A mining operation in asbestos-bearing rock upslope from residential homes and wells and along a bus route should not be permitted now or in the future.

As an example I encourage you to look up Libby, Montana, in the context of the Superfund site relating to the Environmental Protection Agency’s (EPA’s) longest and most expensive clean up effort of asbestos particulate. The source of spread was a vermiculite mine. Though the mine is now closed, the nearest residential community of Libby, Montana (roughly 4 miles away) continues to experience affects of asbestos poisoning.

More than $425 million dollars have been spent in Superfund dollars for clean up. In addition, the federal government sued the mining company for complicity and more than 800 civil cases have been filed with asbestos poisoning claims.

The spread of asbestos contamination devastated the community by killing 400 and causing immediately serious and long term lingering health issues for 3,000 more individuals due to asbestos exposure.

Libby is a small mountain community of nearly 3,000 people. The spread of asbestos contamination devastated the community by killing 400 and causing immediately serious and long term lingering health issues for 3,000 more individuals due to asbestos exposure. In 2018, a forest fire raged near the EPAs Operation Unit 3 (OU3), a 10,000 acre containment area for asbestos which includes the mine. Dry conditions and increased fire danger and severity has posed an additional threat to firefighters, clean up workers, and community members because of potential spread of asbestos particulate in wildfire smoke. In talking with experts about fire modeling, fire severity and increased risk as we move into the future, this could be a very real threat for the community of Marblemount.

To learn more about the Libby site you can refer to the Center for Disease Control (CDC) and Agency for Toxic Substances Disease Registry. A good resource is an article from the Journal of Exposure Science and Environmental Epidemiology entitled “Mortality from asbestos-associated disease in Libby, Montana 1979-2011,” (2017, Mar, 27(2) 207-213) by Samantha Lampert Naik, Michael Lewin and Robin Lee. An online version of the article is available from www.ncbl.nlm.nih.gov. A film called “Libby, Montana” was produced on the subject in 2004. The EPA website has updates on overall scope and remediation. This is nothing to mess around with: lung cancer/ mesothelioma, COPD, asbestosis. Entire families have died from both primary and secondary exposures.

The Agency for Toxic Substances Disease Registry (ATSDR) does not consider Occupational Safety and Health Administration’s (OSHA’s) permissible exposure limits or PELs for asbestos adequate for environmentally exposed populations since, “residential and/or environmental exposures are 24 hours per day, year round…Children and the elderly, not typically exposed in the workplace, may be more susceptible to exposure” (quoted from www.asdr.cdc.gov). The EPA has determined the maximum contaminant level for asbestos in drinking water as 7 million fibers per liter for fibers greater in size than 10 micrometers – in other words any fiber the same length as the longest chromosome in the human body or longer. The EPA also identifies that one of the two main sources of asbestos in drinking water is due to “Erosions of naturally occurring asbestos deposits into watersheds (EPA 2012a) and has recommended “no visible emissions” of asbestos” in their regulatory language. This means if you can see the dust, the asbestos is already at an unsafe level.

I encourage you to read the asbestos emergency response act of 1982. The guiding Code of Federal Regulations for that act (40 CFR, Part 763, Subpart E) requires that local education agencies (like Concrete School District, for example) inspect schools, analyze materials, post results, test air levels, develop management plans, communicate openly, and maintain appropriate records. While this is already a compliance requirement with respect to building inspections, a new source of asbestos being brought into the school environment through asbestos dust adhering to skin and clothing of students, and vehicle tires and undercarriages, would present a new level of necessary vigilance. How would the school and emergency response agencies and individuals need to make room in their response plans to account for proper personal protective equipment and containment strategies to prevent, contain, or treat asbestos exposure resulting from the daily operations and transportation of materials proposed for quarry operations. How would residents control their own exposure to a dusty asbestos-bearing quarry in Marblemount? Dust abatement through wetting down the air is one common control method, but in an area where the asbestos source is uphill of and adjacent to stream and water runoff courses and residential wells, this technique may cause more problems than solutions.

How do you anticipate that permitting the types of activities proposed in the Marblemount quarry documents could affect emergency response agencies? Responders would have to add considerations for asbestos exposure and numerous other chemical threats resulting from operations at the quarry and transport of materials. How do you anticipate that jetty rock and gravel transported out from the site, covered in asbestos dust would affect other communities and the watercourses where these jetty rocks and gravels would be used? I look forward to your review of and response to this issue.