Skagit Audubon Society: An Environmental Impact Statement Should be Required 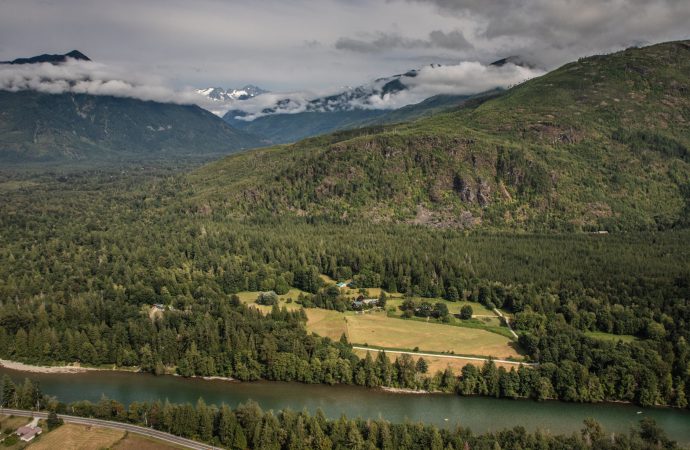 During the public comment period on permitting for Kiewit Infrastructure’s proposed quarry operation near Marblemount, Skagit Audubon Society submitted letters on March 29, 2019, and May 13, 2019. We appreciated the opportunity to review and comment on the proposed project, and we appreciate that in response to concerns expressed by many organizations, agencies, and individuals, Skagit County Planning & Development Services extended the comment period.

We do want to reiterate our support for a finding that the project is likely to involve significant adverse impacts and that therefore an EIS should be required.

In reviewing the materials submitted by Kiewit Infrastructure, particularly the SEPA Checklist, we were struck by the cursory nature of much of the information provided and by the very significant gaps. We won’t repeat the details of our previously stated concerns here. We do want to reiterate our support for a finding that the project is likely to involve significant adverse impacts and that therefore an EIS should be required. We urge that decisions about permits for the proposed project not be decided until a full environmental impact statement provides the information and analysis needed to enable sound decisions.

We have read the July 3, 2019, letter from Kiewit Infrastructure’s attorney requesting that your office specify what Kiewit needs to do for its project to be given a mitigated determination of non-significance. In stopping just short of accusing Planning & Development Services of politicizing the SEPA decision, that July 3rd letter appears to ignore the vigorous and widespread public reaction to Kiewit’s proposal. If I understand correctly, the controversial nature of a proposed project is supposed to be a prominent consideration in whether or not to require an EIS. Attention to vigorous public interest is not politicizing; it’s a public agency paying attention to the people it exists to serve. The interests and lives of many people stand to be affected by the proposed project for many years to come. It is entirely appropriate, and more than that, for Planning and Development Services to weigh this reality as seriously as we believe you have in making your decisions on this project.

The Bellingham-based law firm which composed Kiewit’s July 3d letter chose to inform you via its page 3 footnote that, “Skagit County’s rich history, particularly in the Marblemount area, has long been dependent on the natural resource industry.” In fact, over a century has passed since the Marblemount area was significantly dependent on mining or quarrying, and it has now been a very long time that its economy has been based on tourism and the preservation of natural areas, such as North Cascades National Park, the Noisy-Diobsud and other wilderness areas on the Mt. Baker-Snoqualmie National Park, lands protected by the Skagit Land Trust, The Nature Conservancy, etc. There is no question that this proposed project has real potential to be a very long-term detriment to the economy of Marblemount and the well-being of the area residents and wildlife.

We urge Skagit County to stay the course and leave nothing to chance. The stakes are high. Requiring an environmental impact statement for the proposed project is the right path to follow.

The July 3rd letter demonstrates Kiewit Infrastructure’s understandable eagerness to minimize concerns and simply push ahead without thorough consideration of all foreseeable impacts of this project. We urge Skagit County to stay the course and leave nothing to chance. The stakes are high. Requiring an environmental impact statement for the proposed project is the right path to follow.

We appreciate the careful consideration your office is giving to the public input on this proposed project. As we stated in our second comment letter: “The scale, duration, resources at risk, potential effects on health and safety, and the controversial nature of Kiewit Infrastructure’s proposed quarry operation all argue for a determination of likely adverse effects and the preparation of an Environmental Impact Statement for this project.”

Please keep our organization informed at each stage of the project review, including the opportunities for public oral or written comment. Please use this address for written information: Conservation Chair, Skagit Audubon Society, P.O. Box 1101, Mount Vernon, WA 98274 and this address for emailed notices: [email protected] .