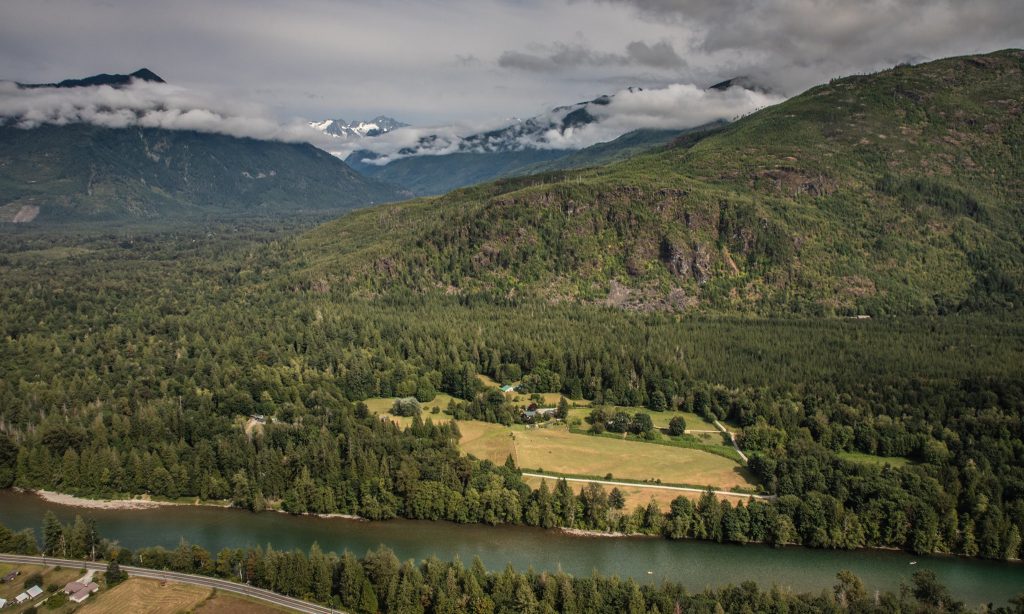 To whom it may concern:

With regard to the above-referenced permit #70-013279, DNR File #20-092802, we write on behalf of the Mount Baker Group of the Washington State Chapter of the Sierra Club (MBG), which represents over 3,000 members and supporters in Whatcom, San Juan, and Skagit counties.  We have grave concerns regarding this permit.  In 2019 the Group opposed permitting the Kiewit Infrastructure Corp. quarry at Big Bear Mtn. near Marblemount, and supported requiring an Environmental Impact Statement (EIS) for the project, then under review by Skagit County.  The Skagit County commissioners agreed with the need for an EIS, whereupon Kiewit withdrew its application.

Now the Cunningham Crushing Co. has requested approval for a mining operation on the same site, calling it the Cascade Big Bear Mine.  The Surface Mine Reclamation Permit 70-013279 has been approved by the Washington State Department of Natural Resources (DNR), with a Determination of Non-Significance (DNS).  We fail to understand issuance of this DNS because previous DNR rulings on the Big Bear Mt. area disagree with the DNS!

DNR's own assessment identifies significant risks of talus removal from the base of the mountain.  According to Rian Skov, DNR Chief Reclamation Geologist, "the rock wall at the site is jointed and fractured," indicating a "potential threat to miners should mining resume."  The DNS also overlooks the 2019 findings by Kiewit that the site has three geological hazards, as defined by DNR regulations:  Landslide, Erosion, and Seismic Hazard Critical Areas.  And the site lies atop the active Cascade North-South Seismogenic Fault, which has been mapped by DNR and is available on the DNR Geological Information portal.

DNR also failed to consider the asbestos hazard of the Shuksan greenschist formation in the area, known to contain actinolite, an asbestos-bearing mineral.  The health hazards of asbestos are well-known, yet DNR has not required a survey of possible asbestos contamination arising from the disturbance of the mining site talus.  And since asbestos dust poses serious health threats by inhalation and consumption of contaminated drinking water, this would seemingly indicate that OSHA should be involved to protect those working at the site.  Employment law principles may also require that full and early notice be given to those working with the asbestos-contaminated material.  The site also lies atop the aquifer connected to the Skagit River, which raises the question of whether the aquifer is subject to possible asbestos contamination when the asbestos is disturbed by the various mining activities.  All these asbestos-related questions need to be carefully considered and honestly answered before any activity is considered that would disturb the Shuksan Greenschist formation.

Perhaps most disturbingly, DNR has failed to consider the many serious negative consequences of the Cunningham mine that duplicate the problems the Kiewit mine would have created.  Among these are:

Finally, considering the mine's location on the borders of the North Cascades National Park, and proximity to DNR's Trust Land Transfer Cascade River Project, which is under consideration for funding right now in the Governor’s office, it is extremely disturbing to see DNR willingly facilitate such a destructive project with a DNS, without even announcing the initial 30-day comment period to affected parties and local residents.  Therefore, the Mt. Baker Group calls for immediate cancellation of the Cascade Big Bear Mine permit, withdrawal of the DNS, and preparation of an EIS.

Thank you for your prompt attention to this matter.  Please address any comments or questions to [email protected], or 925-708-6438.

The Executive Committee of the Mt. Baker Group, Sierra Club